How We Choose the Texts Our Students Read 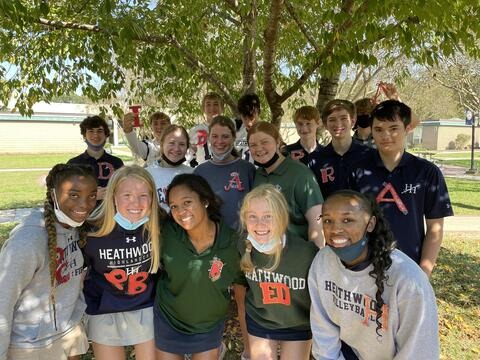 The English Department chooses texts with several goals in mind, and the reading lists comprise classics and more contemporary works that ultimately ask questions about fundamental human questions, inflected as they invariably are by the specific times and cultures of the writers.  A novel, epic, play, or lyric that is considered a classic helps students see that across culture, place and time, human beings have grappled with concepts of identity, courage, imagination, leadership, jealousy, betrayal, and forgiveness.  Take, for example, The Scarlet Letter. Whether the platform is the physical structure on which the  main characters stand in punishment or the virtual social media platforms used by students today, the tense relationship between individuals and communities is timeless, as are the possibilities for resilience, strength, and forgiveness.  The book, published in 1850, was almost as historically remote from its setting in the 1600s as we in 2021 are from it, yet the central questions and virtues remain pertinent.

The meanings of journeys, the multifaceted ways bravery can be shown, or the joys of human connection--these are questions that we seek to share with students through narrative as we all try to define who we are and to determine the shape of a life well-lived.  The stories may depict an odyssey home to Ithaca or to Cold Mountain, show the courage of a Norse warrior or a WWI veteran, or present the grief and trauma of a slave who crosses the Ohio river with the child she has just delivered.  These are not the only stories that matter, but they all ask about what does matter.

We choose texts in which we hope students can find themselves, but also in which they can discover a larger version of who they want to be.  We hope to engender greater empathy in students, to help illustrate a world outside of their own experience and thereby expand their perspective and their ability to engage with others.  As one teacher put it, mirrors are nice, but windows can be useful as well.

The full range of human experience is within the purview of literature.  Ahab’s rage, Iago’s deception, and Macbeth’s lust for power illustrate the brutality and all-too-common flaws within humanity.  However, Werner’s protection of Marie Laure, the community’s forgiveness of Sethe, and Jane Austen’s marriage plots remind us that redemption, kindness, and order are also a part of the human condition.

The English Department consciously seeks texts that challenge students and ask them to think critically and creatively.  We also seek texts that model great writing, whether through diction, syntax or structure.  We do not think our chosen works are the only way to present these questions or the only great literature.  (Were there but world and time enough we would engage with all the books and poetry and drama that speak to these central human concerns!)  Rather, with the short space we have, we want the works we read to remind students of the complexity and beauty of the human condition, and in so doing set them on a future filled with engagement with both themselves and the world around them.