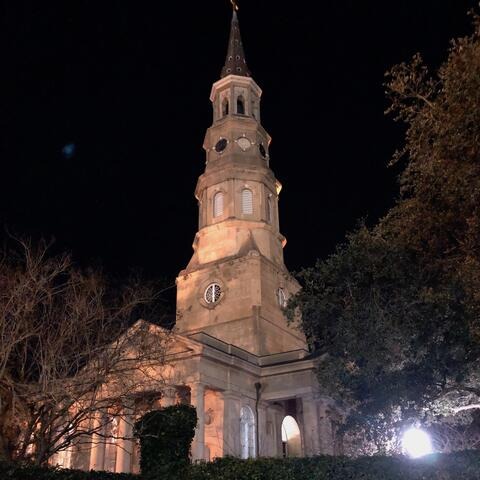 From nurses who sew their patients’ mouths closed, to couples who run murderous inns, or scandalous affairs ending in murder, Columbia has many hidden spooky and grotesque tales, and our Wicked Columbia Winterim explored the stories and places associated with them.

Led by Dr. Burrows and Mr. Sutton, the Wicked Columbia Winterim took students to explore creepy and historical places throughout the Columbia area, and even took an evening trip to Charleston to go on a walking ghost tour. For any readers who might be unfamiliar with the Winterim program, it is a week where the Upper School embarks on adventures and trips all over for team building, leadership, and fun activities in new and exciting places. Most years, there are trips that go all across the country and even abroad, but this year was a little different due to COVID. This trip is just one of many where teachers found new and innovative ways to incorporate our local surroundings into fun trips!

Throughout the week, we traveled to and from each location by bus, and to kick the week off, we went to the Gervais Street Bridge and the underground tunnel adjacent to it. The bridge was the site of a horrific murder, and the spirits of those two people could still be there. There is also said to be another ghost who haunts the bridge, particularly early in the morning, of a young woman just looking for a ride.

After we perused the bridge, we explored one of the tunnels that runs underneath the city. The reason for the construction of the tunnels is largely unknown ,which makes them seem more ominous because of the mystery and intrigue surrounding them. We then made our way to the USC campus to explore the haunted places on their campus, such as Longstreet Theater and the South Caroliniana library. During the civil war, Longstreet Theater served as a hospital, and so most of the sightings that have been seen there are of soldiers. Both buildings are also very old, and older buildings naturally attract more paranormal activity.

On day two, we took a walking tour of all the Historic Columbia houses, including the Robert Mills House, the Hampton- Preston Mansion, the Seibels house, the Mann-Simons site, and the Woodrow Wilson House. All these sites have been very well preserved and have collected some stories, and even some ghosts in the many years they have been standing. Our tour guide even told us a story he personally had where he saw a ghost in one of the houses. He said the figure was dressed in traditional Victorian mourning attire and went through a wall, disappearing behind a window.

On the third day, we started off with a trip to the State Museum. The main story that we focused on there happened when the building was a working cotton mill. A boy tragically died in an accident with the elevator, and his spirit still hangs around. One thing that really touched me is the amount of reverence and respect given to his ghost and how the staff never wanted to offend him or make a show of him. While his origins are known, there is also another ghost that started appearing fairly recently, and no one knows who she is or why she is there; she’s called the lady in black. One thing that struck me about the museum in this context, is how eerie and creepy it can be when it's very early and there aren't many people: the shadows can be dark and seem to creep around. While a friend and I were walking around, we experienced a few things that could be the ghosts of the museum. I tapped on a locked door, and there was a faint tap back from the other side. We were also walking through the exhibits and saw an interesting-looking cane in a display. As soon as we stopped to look at it, it started shaking and went on like that for a while. Both instances were super cool and it was fun to speculate about if they were real or not! 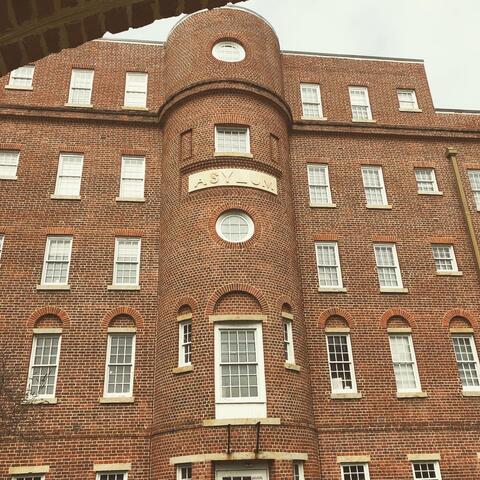 After leaving the spirits of the State Museum, we headed to the place that I was looking forward to the most, the Bull Street Asylum. I had passed the grounds so often and have always wanted to go inside and learn more about the history and if any strange things had ever happened there. There are many buildings on the property, all serving different purposes throughout the years of its running. The most infamous one is the Babcock building, with its many-sided dome looking out onto Elmwood Ave and all of Columbia. Unfortunately and sadly for us we didn't get a chance to go inside the Babcock building because of a devastating fire that damaged most of the building. We did get to go inside the other main building, known as the Mills building, named after the architect who built it, Robert Mills. We were privately led around a few of the many rooms, staircases, and hallways that make up the building, all cool and creepy. The hospital had always tried to cure its patients in a humane way, but there were a few incidents that we learned of where their code of honor seemed to slip through the cracks. One nurse sewed a patient's mouth closed after they back talked and cussed her out, and another left a woman in a straightjacket locked in a room for over 12 hours, resulting in death. All in all, the Bull Street Asylum was definitely one of the highlights of my week!

On Thursday, our final day of off-campus activities, we took the long-awaited trip to Charleston. We arrived in Charleston just in time to have dinner downtown and then head to our tour. Charleston is such an old and historic town, therefore perfect for ghosts, so every other building is basically haunted. We went to several of the iconic haunts downtown such as duelers alley, St. Philips Church, the old powder magazine, and the graveyard of the old Unitarian Church. The ghostly woman who haunts St. Philips church is seen in mourning attire and is said to be a grieving mother. The ghost at the Unitarian Church graveyard always appears dressed in white, but her identity has several possible suspects. The most iconic suspect is Lavinia Fischer, a notorious serial killer from outside Charleston. In the early 19th century, she and her husband ran an inn where they murdered their rich patrons. They eventually were caught and executed but only after killing countless people, earning her the title of first female serial killer in America. They are said to be buried in a mass grave under the graveyard, which would explain her connection to the place. She is also said to haunt another location where she was killed, the old Charleston County Jail, another notoriously haunted location.

On our final day, to incorporate some more education into our week of haunted endeavors, every student did something creative to either re-tell an old story, or create a spooky tale of their own, whether it be written, listened to or even watched! For those of us who love a good horror movie or scary story, this Winterim was perfect! From asylums to ghost tours, to old beautiful architecture laced with history, our Winterim week was so much fun and had many highlights and high points. I hope you enjoyed this blog of our week and all the fun experiences we had and the fun places and stories we heard!