Heathwood students attended the Youth in Government Conference from Nov. 2nd to the 5th in downtown Columbia. Run by the YMCA, the conference provides delegates an opportunity to learn how to solve community problems through the democratic process, as well as debate and discuss issues with their peers from throughout South Carolina.  More than 1,500 high school students participate in this three-day conference annually.

Over the course of this year's event, the Heathwood delegation had twelve pieces of legislation signed into law by the student governor - surviving committee and both chambers - no small feat!  This is a school record! 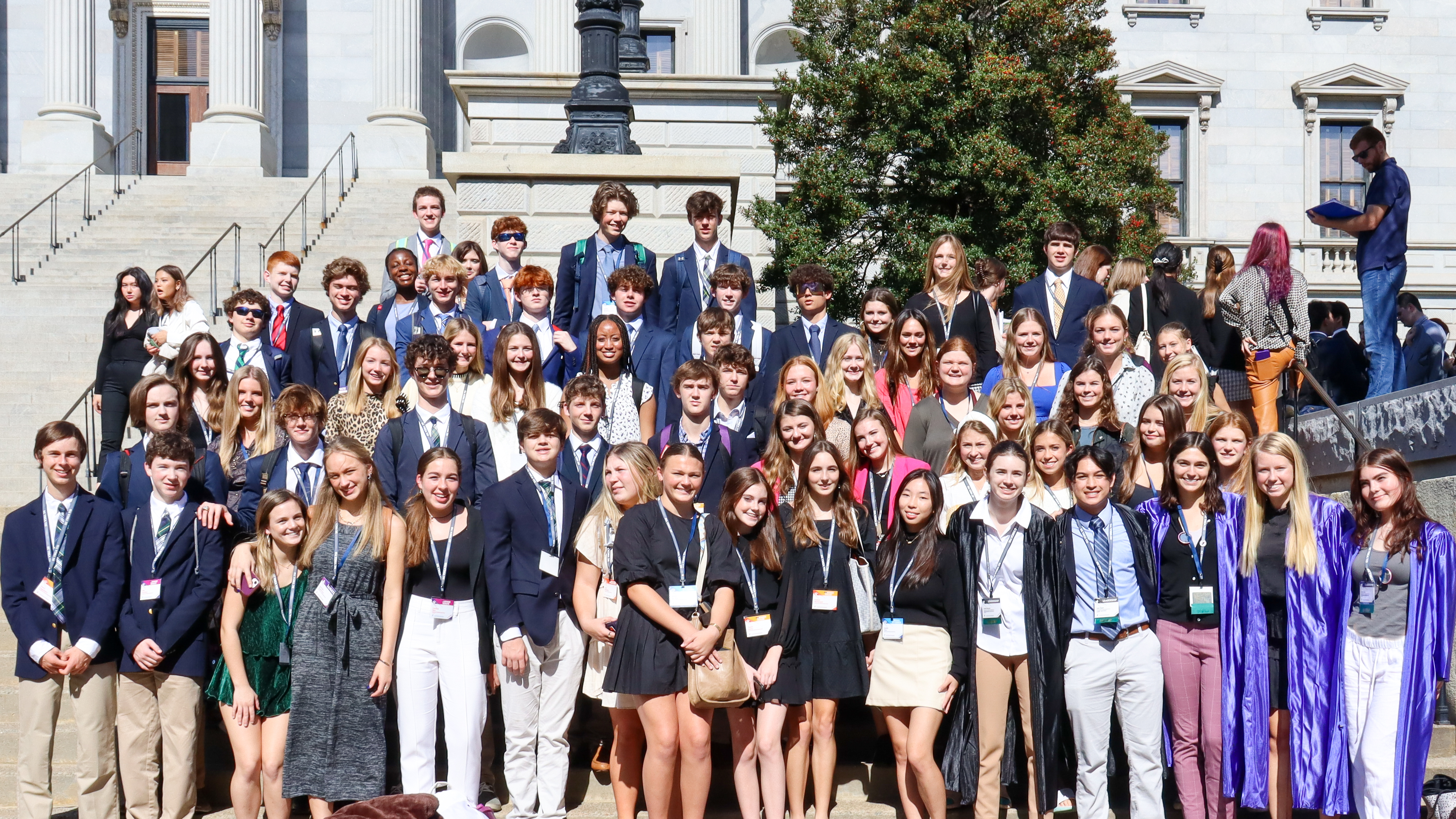 The legislation proposed by Allison Davis and CeCe Fern received the Outstanding Bill Award. The award is based on the feasibility of the proposed policy, the degree to which it highlights an issue that needs to be addressed in our state, and how well the bill is written.  Their legislation was entitled: An Act to Provide Extended Foster Care for Persons Ages 18-24 in South Carolina.

Molly McVey was recognized as the Outstanding Appeals Attorney.

The following students served in leadership positions to which they were appointed based on their performance in previous YIG conferences: